The King’s School Old Boys’ Association was launched in 1997 as part of the School’s 75th Jubilee celebrations. It provides a vehicle whereby its members can maintain contact with their school contemporaries and with the School itself.

Our vision for the King’s School Old Boys’ Association is to provide a vehicle via which its members, who may not have any other immediate links with the School, can maintain association with their school time contemporaries and with the place itself. The Committee will ensure that close contact is maintained with all the membership via regular newsletters and through the School’s Kingsway magazine.

The Association aims to ensure that the benefits and privileges of a King’s School education are extended well beyond the formal departure at the end of Year 8.

The Association looks to enrich the lives and experiences of pupils of all generations. Through an annually elected committee the Association oversees a string of regular events, contributes to various arms of the School and offers annual award programmes.

Communication with members via newsletters, alumni Facebook page and the School’s Kingsway magazine, which portrays a current picture of the School and its wide-ranging activities and achievements.

An annual Old Boys' social event where the 'Old Boy of the Year,' 'Honorary Old Boy Membership' and 'Young Old Boy - Circle of Achievement' awards are recognised and celebrated.

Recipients of the awards since 2004 are:

Honorary Members are supporters of the School but they are not Old Boys. They have given exceptional service to the School. The award is not made every year.

Young Old Boy Circle of Achievement Award was introduced in 2020 to recognise younger Old Boys for their work and achievements at the time of their success.

An Old Boys’ Chapel Service launched in 2002 as an opportunity for Old Boys to return to the Chapel, which for many played a significant part in their formative years at Prep.

Successful gatherings of Old Boy groups include the annual decade evenings, where the leavers of given years meet together. In addition, with the Association’s help, Old Boys organise their own year group dinners and luncheon reunions at the School. The Old Boys' Association provide a scholarship commitment under which the Association supports the School’s Scholarship Programme aimed at bringing to King’s boys from families who cannot afford full fees. This initiative (which includes the King’s School Old Boys’ Association Scholarship), with a current value of $14,000 spread over two students, is seen as adding another dimension to the School by attracting outstanding students and broadening the diversity of boys attending.

Recipients of the Old Boy of the Year award since 2004 are: 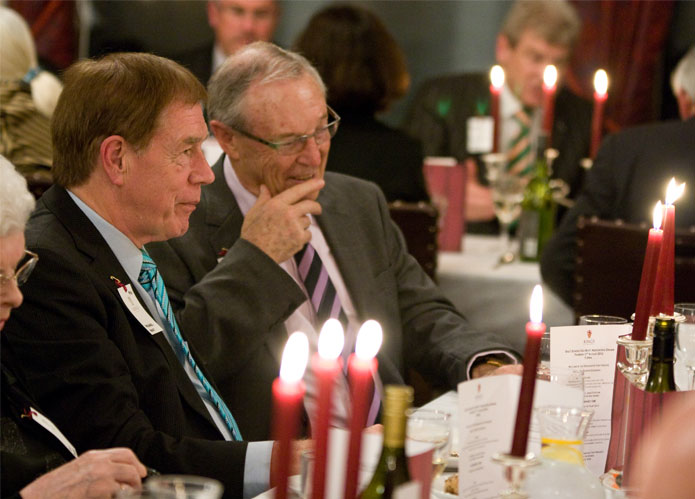