THE COAT OF ARMS

Sometime following its founding in 1896, King's College assumed a coat-of-arms. In 1963, the Governors of King's School, lead by its Chairman, Dr D Lloyd Richwhite, sought a grant-of-arms from the College of Arms. After many discussions with Mr A Colin Cole, Portcullis Pursuivant of Arms, the grant was made in September 1966 by issue of letters patent from the King's of Arms by warrant from the Earl Marshal of England. The letters patent and original insignia are framed and hang in the Towers building. 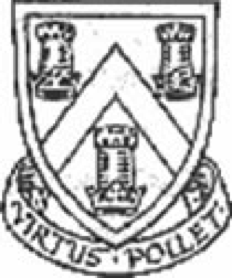 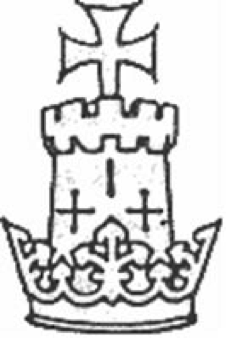 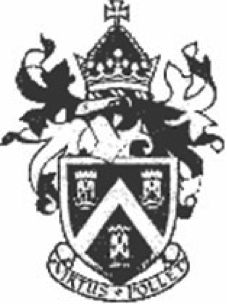 Badge and Coat of Arms

Formal Description of the Armorial Bearings

Gules and Chevron between three Towers each issuant from an Ancient Crown a Bordure Or and for the Crest on a wreath of the Colours a Conical Cap Gules turned up Ermine encircled by an Ancient Crown Or and Ensigned by a Cross formy fitchy Argent tied about the foot and pendant on either side a cord twisted Gules and Or the Tassels Or.

On a red shield with a chevron of gold and bordered with gold, three gold towers issue from golden Ancient Crowns. On a gentleman's helmet and set on a twisted cord of red and gold, a red conical cap edged with ermine and issuing from a golden Ancient Crown mounted by a silver cross in formy style with a pointed shaft. Tied about the foot of the cross and hanging either side on the cap is a cord of twisted red and gold with gold tassels. The motto is not described officially but is set on a band of silver.

The shape is not significant but the chevron provides a gold area to contrast the maroon of the shield, these being the official colours of the school.

These derive importance from the name of the original homestead, "The Tower". They issue from Ancient Crowns for two reasons; to emphasise kingship and because towers are already used on other registered Armorial bearings.

The Ancient Crown (worn by Edward I) represents the school name.

The cross and its position symbolise the centrality of the Church in the life of the school. The style of cross is appropriate for an institution connected with the Anglican Church in Aotearoa, New Zealand and Polynesia.

The helmet is symbolic of gentlemanliness and honour.

These are purely decorative. They derive from the strips of cloth worn from the helmet to protect the back of a knight's neck from sunburn. They are always in the principal colours, in this case gold and red.

The Badge, a symbol composed of elements from the Arms or Crest is simply a design for display where it is not appropriate for the whole Armorial Bearings to be shown. In ancient times, a man's retainers wore his badge on the shoulder or chest to show to whom their loyalty was owed. The Badge, shown above, is formally described in the letters patent as: "A Tower with an Ancient Crown Or issuing from the battlements thereof a Cross formy fitchy Argent". The school tends to use the shield as its badge, which is quite proper. 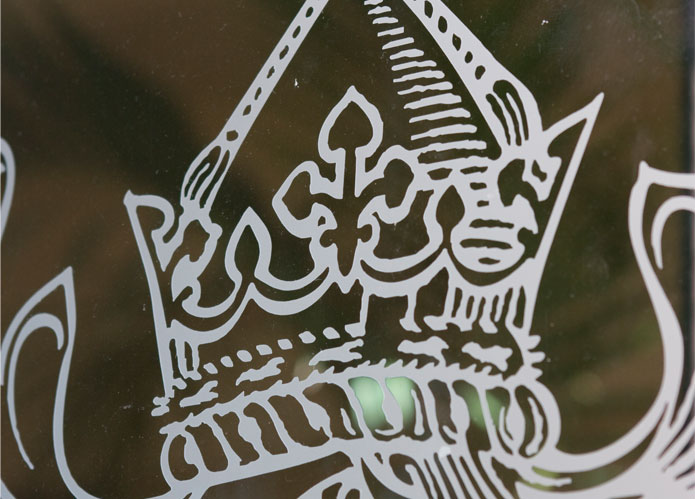 King's School is unique in having its own coat of arms.