While the school has been on its present site on the Northern slopes of Remuera since 1896, King’s School itself became an independent preparatory school in 1922, when the King’s College Secondary School moved to its new location in Middlemore.

Undoubtedly the founding father of King’s School was Colonel Charles Thomas Major CBE, DSO, MA, BSc, who was born in Auckland in 1869. He was the son of Yorkshire parents, who ran a grocery business and owned property on the North Shore. At the age of thirteen he was sent to board at Nelson College, and it is said that this was the making of “Major the man”. On leaving Nelson College he attended Auckland University and graduated MA, with First Class Honours in Mathematics in 1893, gaining a BSc, the following year. Subsequently he completed service with the rank of Major in the South African War and was decorated with the DSO.

He was a man of high ideals and outstanding charity and his long-standing connection with King’s commenced in 1896 as a Foundation Staff Member of King’s College. He progressed through to becoming the first assistant to the Headmaster, Mr Graham Bruce. Upon the death of Mr Bruce in 1901, at the age of 38, Mr Major took over, as Headmaster of King’s College, a position he held through to 1925.

In 1922, when the King’s College Secondary Department moved to a new site in Middlemore, Mr Major handed over the Remuera property to the newly formed King’s School Board of Governors, on a most favourable financial basis.

His association with King’s School continued when the School had financial difficulties in the early 1930’s; he took over the financial management from 1932 and in 1935 took control, as Headmaster, for eighteen months before handing over the leadership to JR Morris, his son-in-law.

King’s School was formed, as a separate school on June 6 1922, with an inaugural role of 164 boys, including 37 boarders. In 1921 a company had been registered called “King’s Preparatory School Auckland”. Since its formation, the School has been aligned with the Anglican Church and the Bishop of Auckland is currently an ex officio member of the School’s Board of Governors

The first Chairman of the Board of Governors was Professor H S Dettman and the first Headmaster was Mr A Clifton-Smith MA, who arrived from The Hutchins School, Hobart. 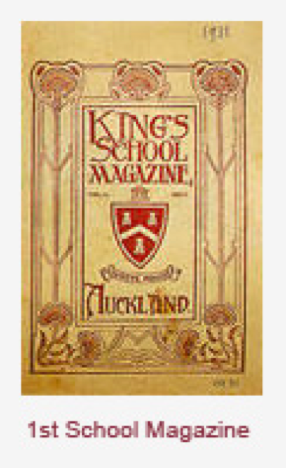 Lt-Col T H Dawson, CMG, CBE, took over as Board Chairman and the Rev J G T Castle, MA, FRGS, succeeded Mr Clifton-Smith as Headmaster. The No 1 field was drained and the first cricket match against Southwell School was played at King’s College. Plans were drawn up to convert the original stables into a school Chapel at a cost of 900 pounds.

The Very Reverend A W Averill, Archbishop of New Zealand, dedicated the new Chapel on 29 November, which was officially named The Chapel of the Holy Child. From a roll of 163 boys there were now 40 boarders.

The Rev J M Beaufort MA, was appointed Headmaster but the school roll had dropped to 141 with 34 boarders. The first school magazine was produced in three volumes – one for each term. Previously there was a King’s School section in the King’s College Magazine.

The School roll was now back to 160 with 43 boarders. In this year the Rev Beaufort resigned in order to establish a “modern preparatory school” in Cambridge. Colonel Charles Major took control of the school pending the arrival of his son-in-law, Mr John Morris MA, in 1936. During these difficult times the school was run in conjunction with King’s College.

The Most Reverend Bishop Averill, with a new title of Primate of New Zealand, was appointed as Chairman of the Board of Governors and Colonel Major acted as the “new” Headmaster.

The same year as the death of His Majesty King George V, Colonel Major took over the Chairmanship of the Board. The new company “King’s School” was formed. 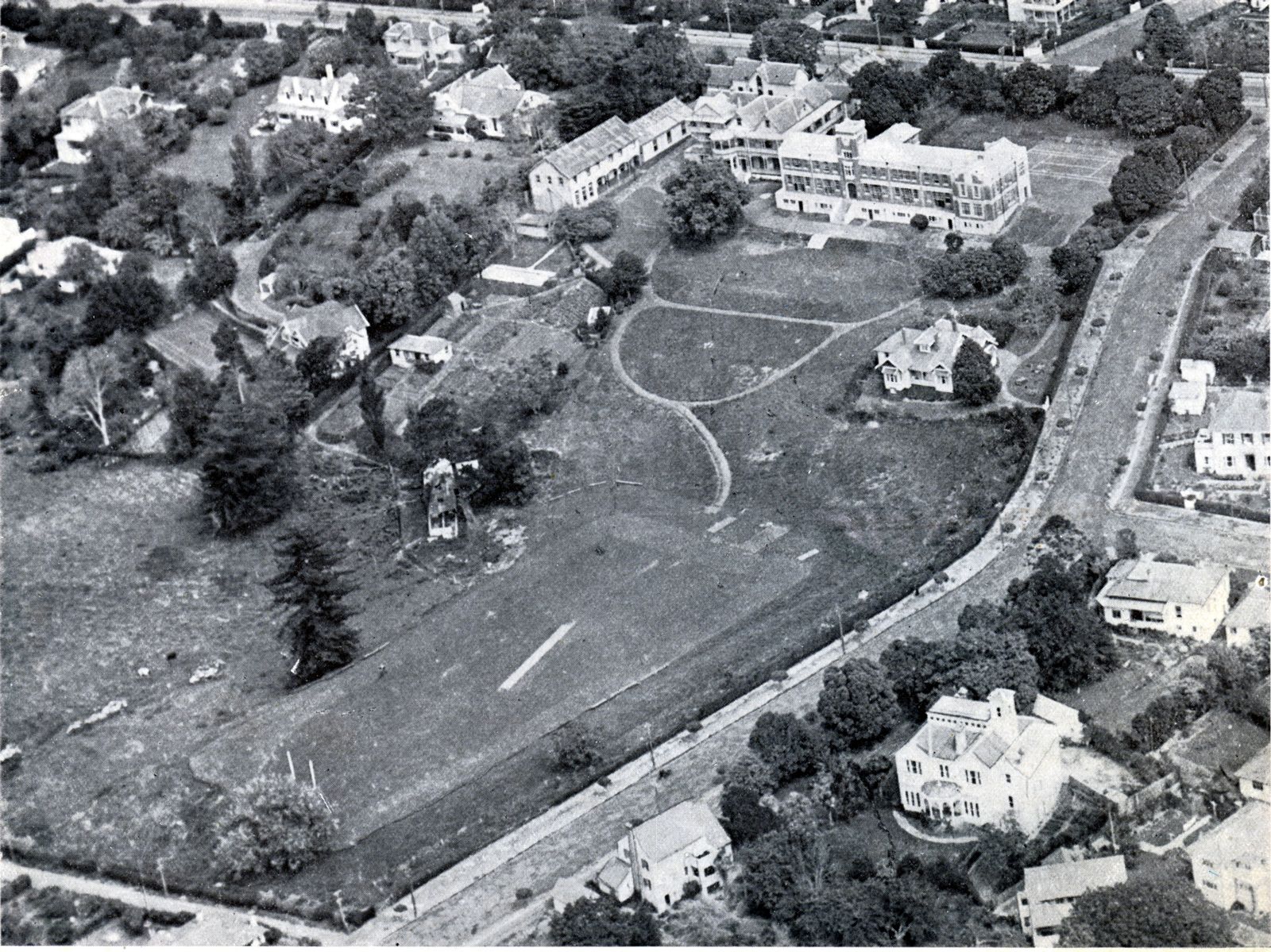 The new building, subsequently called “The Hanna Block” was built. Col Major was finally farewelled after the arrival of his son-in-law Mr John Rees Morris MA, a Cambridge University scholar. Under Mr Morris’s stewardship over the next 30 years the school flourished.

School roll further increased to 205 and Captain (later Lt Colonel) S J Hanna DSC, became Chairman of the Board of Governors. The CT Major Memorial Scholarship was first presented shortly after the death of Charles Major who died in London in November.

The school roll continued to rise to 238 with 74 boarders now. Blackout screens operated from dusk to dawn following the Japanese advancement and occupation in South East Asia. A plan to evacuate the school in the case of an enemy attack was brought into force. 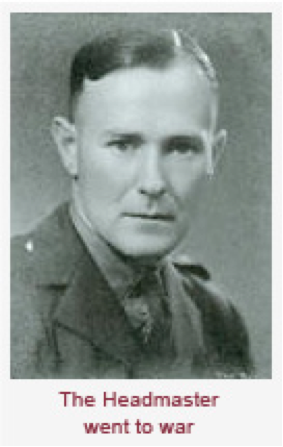 The air raid shelters built at the school were enlarged and extended no doubt after the sinking of the American Fleet at Pearl Harbour; The Headmaster went on War Service.

The Headmaster returned from War Service. The school roll was now 260 with 76 boarders.

The Headmaster took Sabbatical leave and Mr W G Kerry was appointed Acting Headmaster in Mr Morris’s absence. The first post war year was a year of consolidation and recovery and boarders increased to 86.

School roll was now at 275 including 87 boarders. The new and enlarged swimming pool opened.

Boarders reached 95 and another long term teacher, Mr Charter, retired after 28 years service. The major event of the year was undoubtedly the visit by His Grace The Archbishop of Canterbury, Dr Fisher. 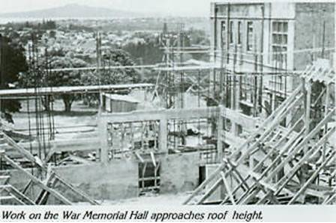 The War Memorial Hall was completed and dedicated by the Bishop of Auckland, the Rt Rev Bishop Simkin. Work started on the construction of the new Junior School.

The school’s first remedial teacher was appointed. Lt Colonel S J Hanna, D.S.C., Board Chairman since 1938 died. The school’s Dining Hall was extended to include the upper level as the roll now included 103 boarders.

The roll was now at 317 with 104 boarders. In this year the Headmaster, Mr Morris took a term’s Sabbatical leave. The Governor General, Viscount Lord Cobham attended Morning Service on 18 October 1959.

Roll continued to grow – with 104 boarders. The Rev B Underwood took over as part time Chaplain. Dr D L Richwhite commenced his 13-year term as a Chairman of the Board of Governors.

This year was another milestone in the history of the school with the resignation of John Morris as Headmaster after 30 years service and the appointment of Mr R J Pengelly MA, DipEd as his successor from Term 3.

The new Coat of Arms issued by the Royal College of Arms, London, (established by King Richard III of England in 1484) was officially presented to the school.

The first major development appeal was launched to fund the construction of a new classroom block - Kerridge Block as it became known.

The first School Fair was held to raise funds to enlarge the Swimming Pool.

This was the school’s 50th Jubilee year and the occasion was well marked with the Jubilee Gates dedicated and a Jubilee dinner held at the Mandalay.

This was the first year of weekly boarding

The school’s 60th Jubilee was celebrated with the decision to enlarge the Chapel and again the Friends took a major part in the funding arrangement of this extension, which saw the second transept under construction.

The school was honoured by a visit from HRH Prince Edward. The Chapel extensions were completed and dedicated on 25 November.

The King’s School Foundation was formed and attracted over $800,000 of cash and pledges in the first year.

A Friends’ Gala Day raised $66,000 towards the construction of the pavilion to be later known as the Arthur Lennan Pavilion situated above No 2 Field. 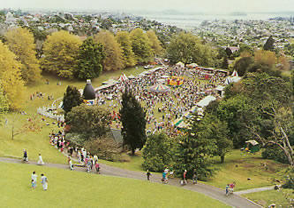 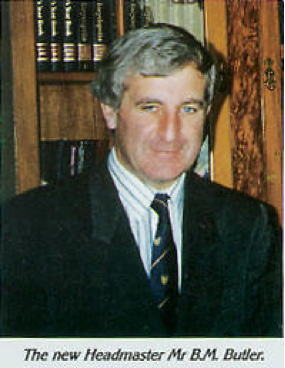 Mr B M Butler, MA DipEd, also a Cambridge University scholar and the long standing Headmaster of Huntley School, took up the position as Headmaster.

The Board of Governors took the difficult decision to phase out boarding after 67 years.

The Greening of King’s Appeal launched to fund the construction of an Astro Turf playing field on the site of the No 1 field to be underwritten by the Foundation. School roll now 575.

The school roll had increased to 580 in 23 classes. Two of the dormitories were converted into classrooms.

This was the last year of boarding. The common room was relocated in the old library above the dining hall and the library and resource centre moved to the present location on the ground floor of the Hanna Block.

At the end of 1991, after seventy years of boarding, the boarding house closed and the two remaining dormitories on the top floor of the Hanna Block were converted into classrooms. Since King’s School was founded in 1922 as a separate educational institution, boarding had been an integral part of school life. 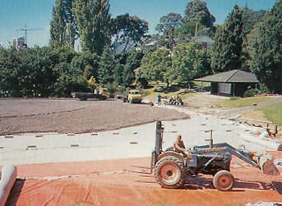 The Foundation underwrote further extensions to the Chapel, which included a new South annex with the nave being extended and the addition of a choir changing room. The dedication of the new extensions was performed by Old Boy, The Rt Rev Bishop Bruce Gilberd on 13 June. Board Member and Old Boy Jim Fletcher was murdered at his holiday home in late December and his funeral was held in The Chapel of The Holy Child.

The new technology centre was opened occupying the area of the former assembly hall/gymnasium (pre War Memorial Hall days). The tapestry work on the new 50 pew cushions and 10 kneelers for the Chapel was completed.

The “Portland Project” Appeal was launched.

The 25 Year 7 boys who were selected to attend the Disney UNESCO Children’s Summit in Paris were officially farewelled by Sir Peter Blake KBE, the Summit Ambassador. By the middle of the year the Foundation’s Trust fund had exceeded $2million and nearly $1million had been raised from the School family towards the Portland Project Appeal. The decision was taken to form the King’s School Old Boys’ Association.

The School celebrated its 75th Jubilee and the 75th Jubilee Portland Project was a stunning success. The JR Fletcher Performing Arts Centre was dedicated by the Bishop of Auckland and Board Member, Rt Rev John Paterson.

The Friends of King’s School held a Jubilee Ball at the Sheraton Hotel and donated $150,000 to the Portland Project.

The King’s School Old Boys’ Association was launched with Simon Moore the Inaugural President. On 3 December 1997 a “Time Capsule” was sealed and a letter was signed by the Chairman and Headmaster in 1997 addressed to the Chairman of the Board in 2022 and placed in the capsule to be opened on 6 June 2022.

Mr Bret Butler retired after 12 years as Headmaster. His years of leadership were celebrated at a number of functions. At the commencement of Term 2 Mr Neil McWhannell took over as Headmaster.

The Aquadome Appeal was extremely successful raising $1.4m. The Aquadome Lifestyle & Fitness Centre was officially opened by Sir Edmund Hillary OG, ONZ, KBE, on Friday 20 July 2001. At the end of the year Mr Neil McWhannell retired and returned to Australia.

Mr Harvey Rees-Thomas was appointed Headmaster for a year to allow the Board of Governors to carry out a search for the new Headmaster.

Mr Tony Sissons took over as the 10th Headmaster of King’s School. The launch of the 'One and All' Campaign started in 2005 with generous support from the community. Construction of the Light House Project was started at the beginning of 2006.

In the middle of 2007 the Lighthouse was officially opened. This specialist facility added a new dimension to the curriculum offered in the school.

The Sportsdome, which was started in 2007, was officially opened.

The School celebrated its 90th birthday and the new stained glass windows in the Chapel were blessed.

Construction began on the Centennial Building.

The Centennial Building was offically opened by Chairman of the Board, Hon Justice S J E Moore BA(Hons) LLB. 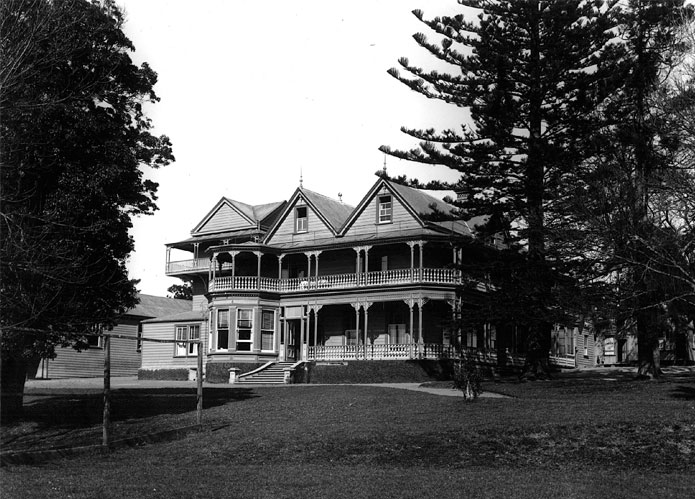 The Towers building remains at the centre of the school today. 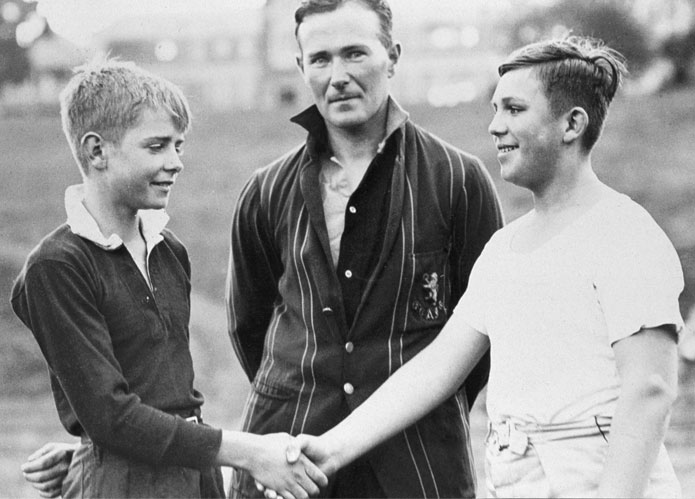 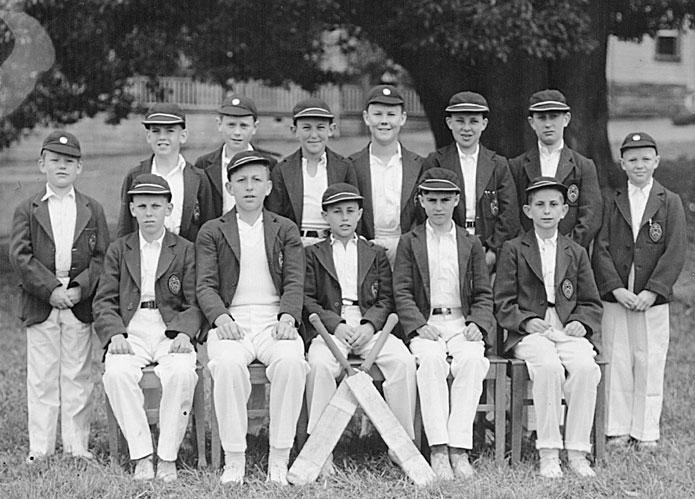 Students today reflect on those that have gone before them.